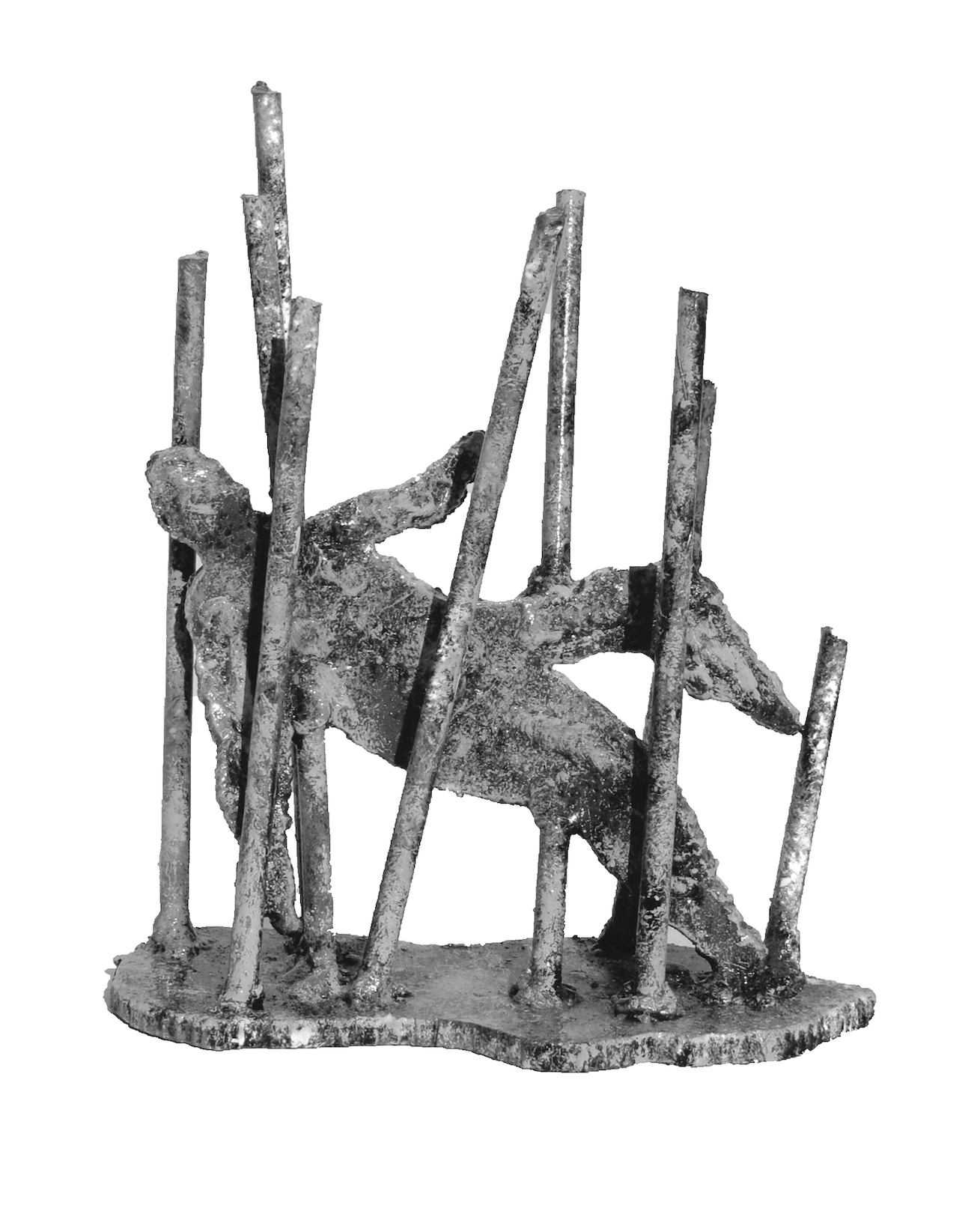 Landscape Of The Future

Raf Klein’s work explores the ways our own personal narratives shape the world we inhabit. He creates environments, incorporating sculpture, paintings, books and film, which combine to portray a familiar world, but with a hint of something gone awry, a shadow hiding behind the colourful façade. These environments, with their narrative structure, all relate to his artists’ books. Klein makes us complicit in the creation of a man-made environment.

Tin Temples, his first solo exhibition at 112 Greene Street in New York City, created a theatrical environment of huge relief works, exploring different aspects of American mythology. The car, Hollywood, and Florida vacations came together in an immersive environment, seductively reproducing these icons while hinting at the darkness lurking just behind the stage set.

In subsequent large-scale exhibitions the transformation of perceived reality has continued through a range of immersive experiences. From Dante’s Divine Comedy for the 2005 exhibition at the 12th century Biblioteca Classense in Ravenna to narrative installations based on original text by the artist. ‘Il supermercato’ transformed an everyday location, revealing the hidden spirituality of shopping.  Brooklyn’s Coney Island, where the he grew up, was the basis for a mixed media exhibition exploring both the appeal and the sinister aspect of an amusement park. (Royal Academy of Arts, London, British Library). The accompanying hand printed artists’ books are in the collections of the Museum of Modern Art, the Tate, and many other public institutions.

Raf lives and works in Peckham London, we will be exhibiting a selction of his sculptures, paintings books and films, with large scale sculptures installed on the  gallery roof for the summer.